And so, here we are. The earth has rotated for another 34675 days.  A new year is upon us. Last week, I went over just some of the reasons why 2016 was one of the lamest years ever. Although. I totally forgot about one of the… just… worst things that happened in the year.

This week, I’m basically doing more of the same. But this time. The things are more important? Right? basically. And, this time, I’m actually counting them down and stufs. For what it’s worth, it should be a good time, right?

Since we’re kinda on the subject. 2016 was a big yar for movies. Most of which were universally panned. But it was, undoubtedly, a huge year for movies.

Deadpool proved that R-Rated comic book movies can be successful, and well done.

Batman v Superman proved. Something. If nothing else, then it probed that Jessie Eisenberg really doesn’t make all that good of an evil businessmam. Despite his previous Oscar nomination.

Leonardo DiCaprio finally won an Oscar after grunting his way through a movie where he got raped by a bear.

There was another Star Wars movie in there. For some reason.

And Warcraft was kinda a thing.

And. For some reason. There’s some photoshopped Gambit poster in the middle of that image up there. Hrmph.

2016 seemed to have calmed down as far as the gun violence in America is concerned. Outside of the terror attack in Orlando, Florida. And hundreds of attacks worldwide. Including the thousands killed in the Middle East with ISIS/ISIL/Daesh/Whatever.

But to top it all off there were numerous attacks in Europe. The airport bombings/shooing in Belgiium. The Bastile Day attack in Nice, France. And the recent attack in Berling, Germany. All of which took a combined 200 or so lives.

It’s just. Horrible, man. What else can you say? It sucks that we live in a world where idealogies can lead to such tragedies.

Speaking of things that just… suck…

I mean. This whole, “controversy” (if that’s even the word) first came to my attention last year, during the Democratic Primary race. When that one dude said, “all lives matter.” And everyone lost their shit. Because. We live(d) in 2016. And something as uniting as “ALL lives matter“ is such an offensive thing. For. Some reaso.

Fueled by the 2016 deaths like Aldon Sterling’s, a BLM supporter decided to shoot a bunch of police officers in Dallas. On top of number executions that have gone on throughout the year. And. Just. Like.

But. Literally. The facts on all of this.

These things are a big deal. And they obviously played a big part in 2016.

Along these same lines. O.K. Simpson became a thing again this year. Because. F/X’s show American Crime Story. Then there was ABC/ESPN’s Made in America documentary series. Both of which were reall great. Both of which were done absolutely phenominally. Aside for the fact that F/X cast Cuga Gooding J.r as O.J. Simpson.

Like I said in my rambling about all of this, the O.J. Simpson – Trial of the Century, it’s just instresting. And. Instrest in it became a thing. Again. This year. And it’s noteworthy. 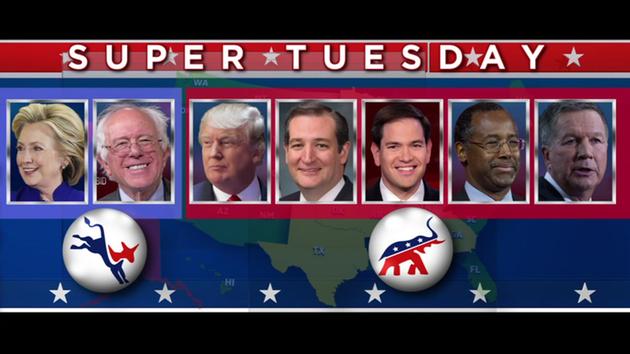 Before we go into THE big news story. It’s wirtg another mention just how crazy the primaries were. I mean, on the Republican side, there were 17 contenders. And. You know. As we all learned later, the Democratic side was prettym uch, legitimately, rigged.

But like. There was awesomeness happening. On the Repblican side. I say, “Awesomness,” in the “holy hell, this shit is absolutely rediculous” sense. Christ sake. We all know who won the thing. And how it all turned out now.

Was a point of contention.

During the Republican primary debates.

Then, after some controversy over clothes involving the Iowa Caucus. And. John Kasich being one of the worst human beings ever. And. Martco Rubio doing Guliani’s 2008 stratedy. It all came down to two. And Indiana’s Primary.

And even though Mke Pence endorsed Ted Cruz.

And Ted Cruz still refused to endorse him during the RNC Convention. I mean. Trump LITERALLY accused the guy’s father of killing JFK. And all sorts of nonsense. Yet. He Cruz was dubbed, “Lyin’ Ted” (even though he’d been one of the MOST consistently small government minded Senators in history… and fucking… everything else about how much I love[d[ Ted Cruz). I’ve been over all of this.

The point is. It ended with this.

The primaries were crazy. This election cycle was crazy. But more of thatin a minute. because. 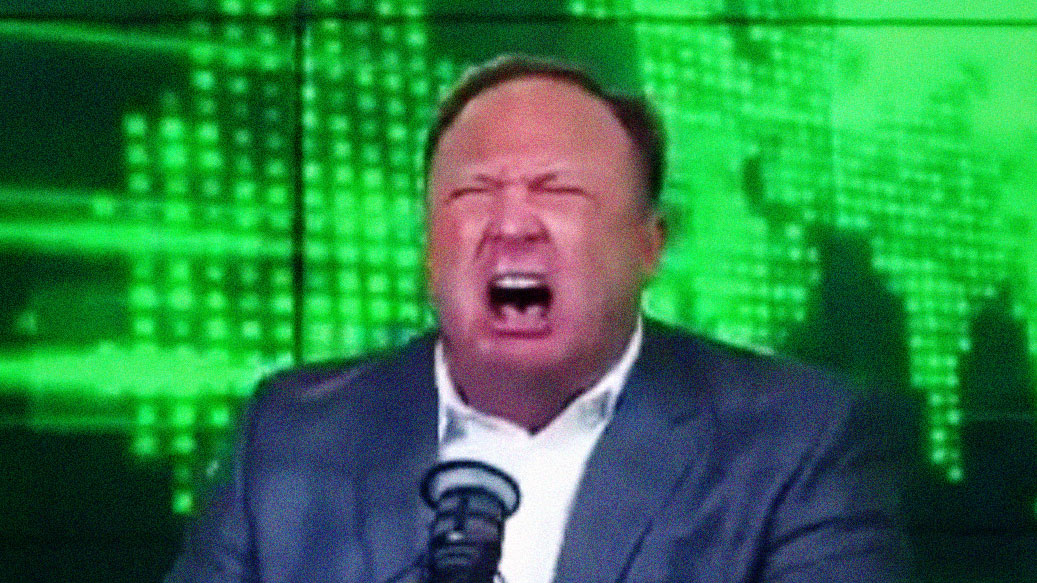 6. Fake News on the Horizon

Sre. Fake news has, probably, always been a thing. I mean. Tabloids. And shit. Right?

TABLOIDZ ARE COOL IF THEY BENEFIT TRUMP~!

WHEN THEY DRAIN THE SWAMP~!

But that’s neither here nor there.

Fake news has been readily available recently. Because. Facebook. Basically.

Basically. Hell, man, how are you reading this right now? right? Because. Statistically, no one reads anything published on facebook beyond the headline. And so. People are sharing headlines. And that’s it. No matter the source. No matter the truth.

And that’s basically the society we live in these days.

This problem of “no citizen journalism,” is one on both sides of the political aisle. Dems. Repubs. You both are guilty. Statistically. Both are equally guilty of spreading “fake news.”

So., if you’e a Republican and found this headline to be share-worthy…

Just know. Yu’re doing it wrong. You are a part of the problem.

It’s not THAT hard. Is it? We’ve LITERALLY got the Library of Congress in the palm of our hands if we want it. Why in the hell are we not doig a BIT of research on our own, right?

Colin Kaepernick, just like the rest of those at the TOP of the BLM movement.

MAYBE Kaepernick had an effect on the NFL’s ratings droppe. According to polls. He did. But, we all know that polls are bullshit by now, RIFGHT?! (more on that in a bit)

Kaepernick is just speweing the same retoric and bullshit that’s at the top of the BLM movement.

And just to clarify. Because I didn’t really do that before in the last bit about BLM and such. Those at the TOP of the BLM movement, largely, have nothing to do with those protesting in the streets.

I’d make a comparison to help this to all make sense. But. I mean.

It’s just not worth it at this point. Pretty much.

Kaepernick. Is stupid. No matter the spin the NFL Network, ESPN, Shannon Sharpe, or whoever else wants to give it. The whole situation. Is torally stupid. The end. 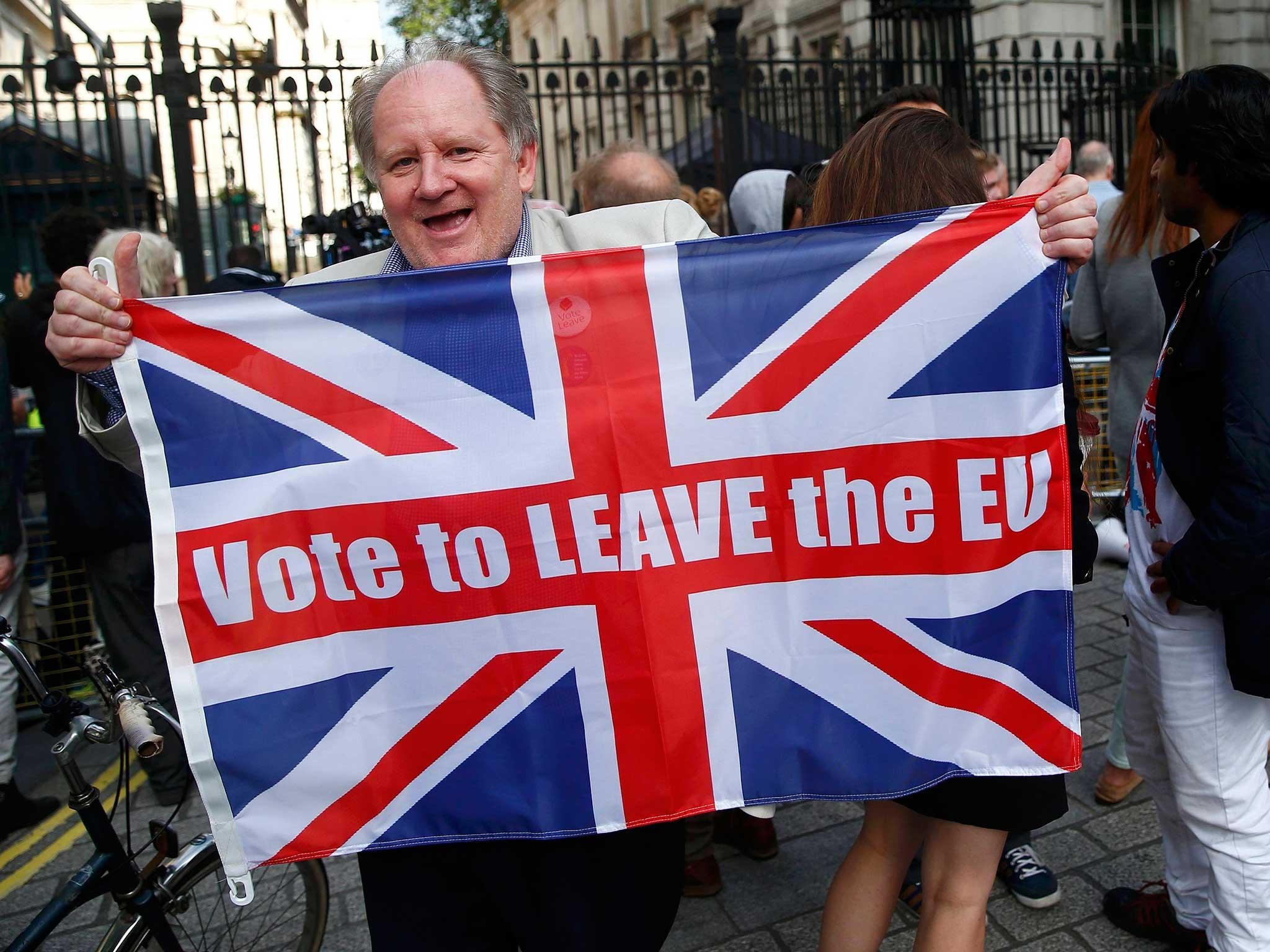 I ABSOLUTELY hate when Brits come over to America and try to tell us how to run our country. Well. You know. Aside from this bit ofawesomness. But still. Legit. I can’t stand it when Brits try to do this shit to us. It’s dumb. Period.

Because. I don’t want to be the thing I hate. Because. I. You know. Actually have principles. Or. I at least try to. And. I try to stick by them. Sigh. I’m keepoing this brief because I don’t want to do to Brits what I hate them doing to us.

Me. Being a small government minded, American. That is totally anti-UN. And such. I think it’s awesome for personal, individual freedom that Great Britain voted to leave the EU. It gave me hope that individual rule is still possible in the Western world.

Aside from my feelings, Brexit was an obvious big deal. That happened. In 2016. So. According to. You know. Pretty much every single credible source there is outside of Breitbart.com and Fox News and the like. Russia pl;ayed a major role in hacking America’s inteligience and such. And. You know. Attempted to influemce the Presidential election. and what not.

The Repuiblican won this time.

Fox News. Breitbart.com. The Drudge Report. And the like.

They’re all saying, “Look, Dems, the 1980’s called and they want their foreign policy back!”

As far as I know, or I’m concenred. It’s obvious that Russia p.;ayed a big part in the wikileaks things that hurt Hillary Clinton. Russia, essentially created the nonsense that is “Pizzagate.” (Trust me… this sis a conspiracy that isn’t even worth a second of your investigation… that how rediculous this one is) Russia played a part in exposing that the DNXC did all that they could to make sure that Hillary Clinton won the Dem’s Primary.

What Russia didn’t do was play a major part in the general election. THere is NO evidence, that I’ve found that they influenced Americans’ vote for Trump.

Aside from the establishment right. John McCains. Lindsey Grtahms. And the like.

2.The Divided States of America

It’s no secret, dude. America, in 2016, found itself to be more divided than it’s been since the Civil War. We’ve been at each other’s troats. Over the BLM movement. Over the election. Over the reviews of Batman v Superman and Captain America: Civil War.

Shit. As much as I compalin about it. I’m sure I played some divisual cards throughout this rambling.

We’ve just got to stop this.

We’ve GOT to realise that we live in a REPLUBLIC.

We’ve GOT to realize.

We’re all trying our damndest to be equals.

The majority of us? We all want an equal playing field. We want all things to be fair and just.

If you’ve made it this far throughout this rambling. Then. You can take a bit more time. Right.
Tell .me. Do ypoi disagree with any of these things?

If you answered “No.” To… even… four of those questions. Fuess what? You’re a small fgovernment-minded… Constitution-loving American. Congratulations.

Let’s all. Do our best. To get back t that. Right?

#2. The unthinkable hppened. Trump. Actually won. Despite all of the polls. Despite how horrible of a person he may or may not be. Sigh. He’s a horrible person. Obviousl. Despite all of the conventional wisom. Trump won. Some how. Some way. The Clinton machine. Lost.
And it’s pretty God damn astonishing.

But let’s clear something up real quick.

The polls? They weren’t all that wrong. At all. The polls showed that Hillary Clinton would win. By about 3-4%.

The polls. Were. Basically right.

The electoral college is VEWRY important. It CAN NOT be lost. The country. SHOULD NOT be controlled by popular vote. If you’re like me (living in middle) and have little-to-no say in the presidential election.,. at all. Then why would you POSSIBLY want to be dictated by states that have a larger population than you do?

Sure. Hillary Clinton may have won my state (and for the record once again, I’m still unsure who would have been better or worse a President as far as this cycle is concerned) but I’m more than happy to know that this election wasn’t dictated by the coasts.

Basicallyu. In a nutsheell. This is how best to describe the 2016 election:

Then again, South Park was so wrong about the election that the episode the following night had an f-bomb and EVEN a “Cunt” get passed the Comedy Central censors. So…

These were many-a reasons why. There’s plenty more.

And of course. Lena Dunham still exists. And. That’s pretty much a terrible thing.

Here’s to hoping 2017 is better. And Lena Dunham fucksoff. Forever.

My Take on Joker