So like. I was highly skepitle about this game. To be honest, the only Wrestling game I was actually pumped for in, like… a decade or more was WWE 2k14. THe last game on the last generation. Stuffs. Things words. I played WWE 2k15 on my PS3. Noticed that Folkds over there at WK didn’t care about the “last gen” pof systems, and said, “hey, this shit is going to suck.”

But then WWE 2k16. Happened. And it was pretty. Fucking awesome. Hell. Right now, I’m still considering buying it. Instead of just the renting from Redbox I ddi every now and then.

There were some PRETTY big additions to this years’ installment of WWE 2k. In particular to the creation suite (which is pretty much all I care about). We were promised “create a victory~!” “Create a video~!” And… EVEN… “CREATE MUSIC~!”

Damn near most of EVERYTHING I asked for was “delivered” pre-release. Right?

Damn near nothing I was looking for. Was delivered. At all.

On the surface. Universe mode seems to be tweeked a WHOLE hell of a lot. You can set all of you champiuons. ANY champions tat you want…

When you start the “season.” Whatever you want to call it.

All I fucking wanted man. Was to be bale to run a roster with as many champiuonships as I wanted. I didn’t want to HAVE to be restricted to the “bramd split rules.” Where you get ONE world championship ONE “minor” championship. ONE “Women’s championship.” and ONE tag championship.

Plus a fucking Hardcore title which I set up Ambrose and Bray Wyatt up in a fued and shit.

When Istarted my career mode. I want to be Uncencsored. Like I’ve been since 2005. As far as CAW’s go. Jae will even get behind this, I think. And like. As much as I choose a “heel” option. It’s ALWAYS a fuucking babyface. That shit’s broken man. Completely. Broken.

After about 20ish hours of dealing with my heel character in carewer mode. And getting NO WHERES in NXT. I made my ReJect character, Mr. Muscles (OHHHHH THE FUCKING IRONY HERE). As a face, Started career mode over. And within like, legit, two hours, I was U.S. Champion.

The “create music” is non existant. You can MINORLY make. Like. autism endused edits to entry music. “Create a victory” simply means: You can choose a victory animation for your wrestlert when (s)he’s heel or face. “Create a video”… means… I don’t even know. At all. Maybe I should have given more of a shit towards highlight reel?

But that would mean highlight reel makes… EVEN A MINUSCULE appearance in career mode.

And as far as custom entrances go?

Nope. THere’s like… five? I don’t know. Fiveish “generic superstars” entrances that you can choose from. The only thing that comes close to useful is the bullshit entrances that 2k gave to Terminator. Because. HEY~! THAT’S A FUCKING BRILLIANT WRESTLER~! 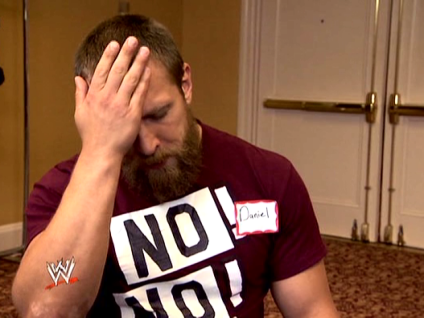 This is probably the worst wrestling game I’ve played in my life.

And I didn’t even scratch the surface on all of the bullshit glitches and bugs. Had 2k paid a fucking tenth of what they paid to Sean Colms to “currate” the fucking soundtrack or whatever cunting bullshit they’re spewing. And spent that tenth on some beta testers. MAYBE. FUCKING MAYBE. THis would be a worthwhile, long lasting game.

Uopon opening the game and starting your first falls count anywhere match (and DON’T FGCKING GET ME STARTED THE THE MATCH TYPES) between AJ Styles and Dolph Ziggler… and you roam around the various arena areas. Sure. It’s fun. But that’s just the quick gameplay of it.

EVEDN given the fact that the gameplay’s been given a few extra boosts. There’s NOTHING aboutthis game that’s worth a fucking $20 pre-owned GameStop purchase.

The Batman Movie We Deserve