Look, man. I hate them as much as you do.

They complain WAY too much.

“YOU GUYS ARE RUINING AMERICA!”

These people. They’re pieces of shit.

“CAN YOU BELIEVE THEY’RE DOING THIS NOW?!”

REPORT: Americans want to lkive their lives. Work a job that allows them to live life amicably. Americans, a poll shows, that 100% of people want to be able to live life as they see fit. They do not want to have government interfere with their livves.

But hehy. Let’s go there. right?

Why do WE fight?

Your Facebook posts anger me SO GOD DAMN MUCH! That. You know what? You might be a best friend I’ve known for 10 yars. Hell. You might be a family member that I’ve known my whoe life. I kdont’qw care. You’re a [piece pf shit. Because. You know. Fox News/CNN/Facebook Memes/MSNBC/WHATEVER told me so!

Let’s go with this theme, right?

Do you have an opinion on politics? o you wangt to spred your thought immediately, without consequence? Without another though, ever?

Make sure you liffe OUR “pollitically correct” social media approved, social media page! We’ll give you the truth, and we’ll make sure that we’ll fight the patriarchy whilst breaking barriers in the middle east, and make sure that social injustice is never poorputrated!

This is where we’re going! get on board. Or else.

By the way, you’ve got to agree with everything we belibe. If you don’t, then you’re going to be disregrarded in history! Juden!

Hold on. Wait. I wasn’t prepared for this.

Dude. Fuck this. I’ma be legit.

MERHAPS. I’m so “white privledged that when I googled, ” white privlege meme,” that… the FIRST thing I saw was…

So. Jesus Chrisy. You know what?

This upsesgts me so God damn much. I couldn’t even prove, through the factua; resource in history. I can’t even prove how racost/sexist/homophobic I am..

I haven’t even told you yet how I’ve used my white privledge to gain SO GO)D DAMN MUCH SUCCESS!

Likw. I’m sor white. And so successful that. You know. I can look down at all of you people and shit on you if I want to. ight? I can bee like, “Dude. You’re suc a piece of shit, that, yu will never EVERR be a factor. Be4caus3 your sking color is darker than my own. You piece of shit, REDSKIN!

RANDOM SIDENOTE: For the LOVE of abtthiung HOLY, I hope you understand my sarxasm in thart last paragraph.

Sigh. None of this. Like. NONE of what I’vve written has anything to do with anythiing. 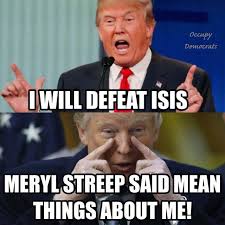 And treat it as like. “Biblical”/Hindu/”Koran/”Torrah”/Bhudist/Wiccan” Trugth. Right. Just cause we see “news” in memes. On Facebook. Doesn’t make it so. Right? Right?

And business is good. 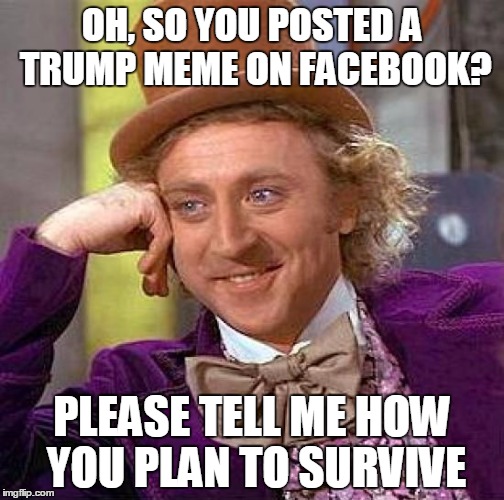 We FEEL. One way or another about President Trump. Nevermind the FACT that he’s been the MOST centrist President since Bill Clinton. WE FEEL. THat he’s SUCH AN ASSHOLE THAT HE MUST BE ST0PED! Oe. We FEEl. HE’S SO AMAZING THAT HE SHOULD NE VER BE STOppEd, EVER! HE MUST be AMERICA’S KING UNTIL AMERICA IS GEAT AGAIn! AND SUCH!

RANDOM SIDENOTE: Apparwntly, parts of this rambling will me FAR more messed up than usual. Apologis as I work throug h this “newness,” ogf mine.

This is all so new to me. At the moment. That like. I have now idea how to tie this all together. Because. You know. Aqkward ness. And such.

A;; these stupid rushed typos make me seem like a robit. Person. Thing.

Fuck yuou. With something I thinl is important.

RANDOMISH SIDENOTE: Forreals, Watching gthe sixth episode of BoJack Horseman’s fifrh season should be mandatory watching for every human. ever.

No. No point was ever had here. Sorry about that.

BUt. Forreals. You shoud watch that Ted Talks video there twords tue begining.