Most of the time, social networks like Twitter are just plain dumb. From spreading random cat videos. To spreading infectuous, random memes. hell, most of the time, all Twitter displays is the utter stupidity of modern society. From the horrible grammar and spelling. To the spread of the outrage society.

Sometimes, Twitter can do amazing things. It played a huge part in the so-called Arab Spring in 2011. Which… you know. Didn’t end up perfect or anything. But it’s still amazing that a social networking website was instrumenta in ridding an entire region of the world’s dictators.

Throughout most of the afternoon and night of August 17, 2016, “#TrumpExplainsMoviePlots” was trending. As per usual, with these random, trending hashtags, there were many-a tweet that were pretty stupid. Their sole purpose was to showcase how racist Trump is. Dumbnesss like that.

But there were a few diamonds in the rough.

I thought I’d add my own Trumpified movie plots here. Because. Why not? Right?

However, instead of doing so in short form. I thought I’d do so a bit longer. I mean, if you take most Trump quotes and transcribe them, it’s pretty amazing.

Just take a look at this gem from when he was asked what was hisfavorite Bible verse:

[quote]“Well, I think many. I mean, when we get into the Bible, I think many, so many. And some people, look, an eye for an eye, you can almost say that. That’s not a particularly nice thing. But you know, if you look at what’s happening to our country, I mean, when you see what’s going on with our country, how people are taking advantage of us, and how they scoff at us and laugh at us. And they laugh at our face, and they’re taking our jobs, they’re taking our money, they’re taking the health of our country. And we have to be firm and have to be very strong. And we can learn a lot from the Bible, that I can tell you.”[/quote]

And basically, that’s what I’m going to do. 10 movies. Trump explains their plot.

Look, folks, they say this alien, terrible, horrible guy. They say he’s terrific. They say he’s God! Horrible. he comes to America, a big city, believe me. And he destroys it. Do you believe this? They’re going to need me to build the city again. Believe me! It’s true. But Brice Wayme, just terrific, OK? He couldn’t stad by, like me, anymore and watch this alien do this to us. I’m telling you, Lex Luthor, genius by they way, he’s taking a look into thealien, he doesn’t like him. I don’t! So Batman and Superman, they have a battle. Batman knocks the crap outta him, OK? But they have mothers. I love my mother! Still do. I love all mothers, folks. Mothers are great. But Luthor, he creates a monster. So some broad comes to help Batman and Superman kill the monster. Tremendous! But Luthor, he’s already rug the bell. it’s not good news folks. Believe me.

So Charlie’s dad is rich. He’s very rich. Charlie just wants a small loand after dad his dies. Reasonable. He’s a reasonable guy, Charlie. But it turns out that he has a brother. Charlie didn’t know he had a brother. What’s this about a brother? Turns out, this brother is weak. He’s horrible. “Definitely. Definitely.” Look, folks, maybe that’s harsh. No. He’s terrible. Charlie has to take care of this moron brother. Useless. OK? But then Charlie realizes that his brother can make money at the casino. He can caount cards. Which is not good. Believe me. Terrible. But you have to make money. So they make money at the casino. And it turns out Charlie likes having a brother! GIVE ME A BREAK!

It’s horrible, folks. These Cubans. I don’t know, in the 70’s? 80’s? They were sending us their criminals. All of their criminals. And comunism, it’s bad. It’s a horible system. This just isn’t right, folks. Tony gets o America and he’s doing all the crime. Terrible. I know. I know. It’s bad. He kills people. He sells drugs. It’s disgusting quite frankly. I won’t say the words he says, horrible. I will say this – he knew that he couldn’t use his own product. Smart. He’s buying all these things. A big house. A tiger. All of these things, terrific! Just terrific! Everyone in Tony’slife starts to hate him. OK? He’s not a good guy, that I can tell you. Believe me. His best friend decideds to marry his sister! Can you believe this guy? So Tony kills him and brings his sister home. Then all of Tony’s business partners come, disgusting people, folks. They, let me tell you, they’re bad. THey come to his house trying to kill him. And so is Tony’s sister, sad! It’s so sad, these people. Tony has to kill his sister and fight off and army of illegal immigrants. We have to stop this. We have to.

There’s a guy who can’t sleep. Doctors cant help him. Disgusting, let me tell you. The health care system, horrible! He can only sleep if he goes to support groups filled with dying people. But then some lady starts going to all of the same support groups! That’s not right! She’s faking being sick, OK. It’s gross, let me tell you. But this guy, he travels a lot. He goes everywhere. He meets a friend. And he comes home, great big beautiful condo. I mean, it’s small, but beutiful IKEA furniture. Terrific. But his home’s been blown up! Terrible! So bad. But this new friend wants to start fighting. Huh? What’s that about? OK? Then all of these other people want to start fighting with them. They’re, I can’t even say it, they’re bad, bad people, folks. They become terrorists. They’re blowing things up all of the time. It’s horrible. Believe me. It turns out, this guy’s friend was him all along. WHAT? I know, folks. I can’t believe it. Believe me.

These pepole are breaking the law all the time, folks. They’re stealing. They’re street racing. Dangerous. It’s horrible. Let me tell you. Horrible. So a cop has to go undercover. OK? he’s trying to figure out who’s stealing all of this merchandise. They all drive Japanese cars, terrible. Just terrible. Japan, let me tell you, they’re beating us all the time. Its horrible. Just horrible. They use Japanese cars in all of their races. Sad. But these hooligans, they’re bad people, folks, come on. I’m telling you. Bad. It’s bad. The cop starts to fall in love with them. Please. this is why Japan is beatinfg us, folks. The cop doesn’t bring these people to justice. Terrible. Just terrible. Beliefe me. This kinda thing will not happen any more. Believe me. 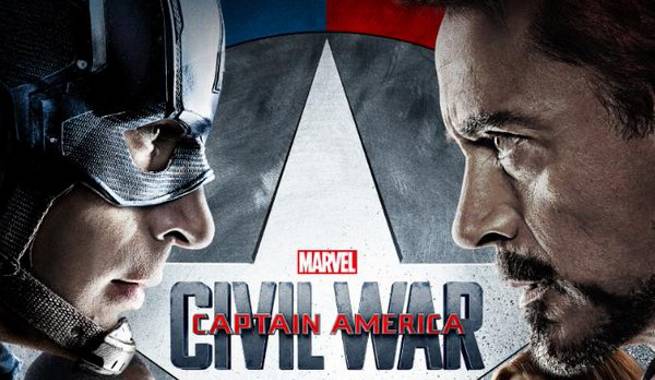 Look, folks, these Avengers, they’re good people. I like them. Captain America? Terrific. Iron Man? He’s very rich. Smart guy. Now, Idon’t know baout this Hulk. But they’re good people. OK? But they destroy the cities that they save. I would have tried to save Manhattan after what they did to it. Abd I would have made it 10 times better. I make the best deals. It’s great. But these Avengers ened to be put in check. OK? Tony Stark thinks they need to. But Captain America doesn’t. So they all fight. Tony finds some kid in Queens. Great place, by the way. It’s not Manhattan. But I like ut, OK. I liove it! Terrific! And they all have a fight in Germany. But it turns out some Russian, I love the Russian people, let me tell you. But a russian guy was behind all of it. He was trying to destroy the Avengers. Horrible! So it looks like the Avengers are over with. It’s sad, folks, let me tell you. But that bug kid’s going to be coming back soon! New York is fantastic.

This clown, he steals money from the mob. I can’t talk about it, folks. He’s horrible. Terrible guy. He’s a bum. Terrible. But the Batman created it. He tried to destroy the mafia, no. This clown is crazy, OK? Let me tell you. Harvey Dent is crooked. Terrible guy. He came to my dorrste[p begging for money for his campaign. Loser. “I believe in Harvey Dent?” Give me a break. Dog. The clown says he’s going to kill epople until Batman turns himself in. Horrible. Then Harvey Dent fakes beigng Batman so they can catch the Joker. IDIOT! Because it was Joker’s plan to get caught. Joker kills Rachel and tries to blow up two boats. But he fails. He’s a loser. OK? Just a loser, let me tell you. Batman catches the Joker. But Joker ruined Harvey Dent. Terrible guy, did I mention that? So bad. 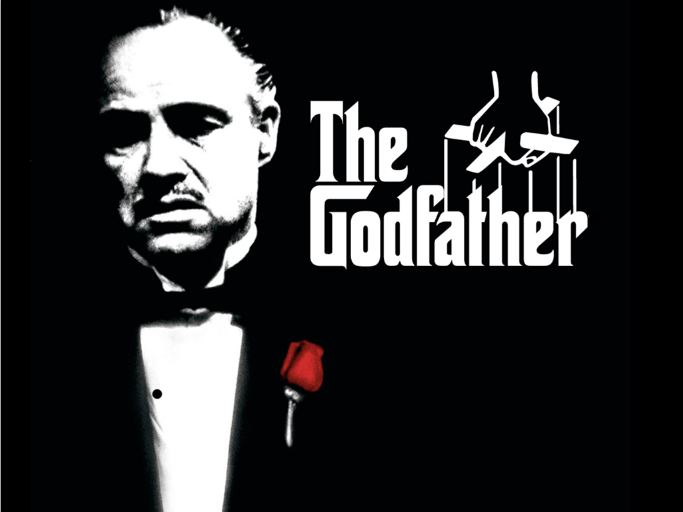 There’s this crazy broad. OK? I mean, very crazy. They’res blood coming out of her, everywhere. OK? She’s so crazy, folks. And there’s this African guy. Very charming. I love the blacks. Africans. OK? And there’s a black woman that’s in Washington. IN this broken and rigged system. She’s trying to create of teams of bad people. Can you believe it, folks? That’s what Washington does. Corrupt. They have to stop this magic lady who has a brother. They’re doing terrible things to our military. Believe me. Horrible. Terrible. So all of these crazy people have to team up because of the corruption in Washington to stop this magic lady and her brother. It’s sad if you ask me, quite frankly. It’s true.

And for this final story, folks, let me tell you. It’s the greatest story ever told. Believe me. It’s terrific. Just fantastic, folks. There was a little boy who was lost in New York City. He was wandering around in hotel a hotel loby, so scared. He couldn’t find his way anywhere. He didn’t know where he was or where he was going. He was lost, OK? Just lost. it’s sad. It really is. But then a great man points him in the direction he needs to go. This guy, great guy, by the way, he really is. Let me tell you. His name, I think it was, John Barron. That’s his name. Great guy. Just fantastic. He tells the kid, “down the hall and to the left.” Terrific. Believe me. The Total Destruction of…. TheTruth.com