Right off the bat, allow me to say, there’s not one MAJOR Walking Dead spoiler given throughout this rambling. Hell, the “MAJOR” spoiler can NOT be given. By nearly anyone at the moment.

When I watched the finale of The Walking Dead‘s seventh season, some of the immediate thoughts the crawled up into the ole’ skull were: “Damn, Jeffrey Dean Morgan was fantastic,” or, “Steven Ogg was a great addition to the cast,” or, “Oh damn, I can’t wait to see who died and what’s going to happen next!”

Apparently, I’m in the minority.

Apparently, given the outrage climate in which we live, we’ve all got to try to find something that makes us upset. Be it nonsensical “offenses,” or the first of ALL first-world problems, the finale of a season of a television show ending in a manner in which we disliked. #WhoIsIt?

Seriously man, there wasn’t a single, solitary moment when I watched this past Sunday’s Walking Dead finale that I disliked. It all came together rather nicely. Maybe that makes me a blind fanboy of some sort. According to many a fan, I’m in the minority — since I wasn’t wholly, entirely upset that a television program ended its season with a shocking cliffhanger.

I mentioned him before but I’ll go into more detail. 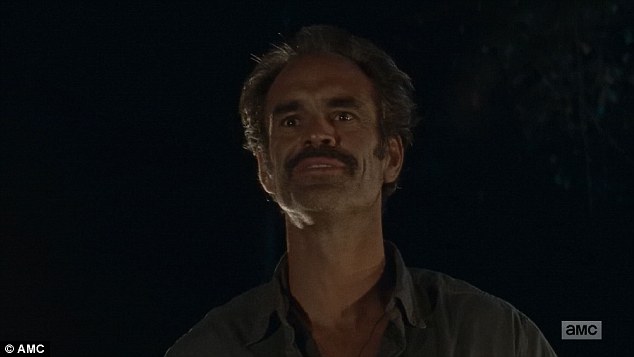 I found Steven Ogg’s portrayal as a “Survivor” to be absolutely fantastic. Sure. He may only be playing Trevor Phillips in The Walking Dead‘s universe (albeit a much, much, much, MUCH more tamed version of Phillips). But his role was phenomenal. It was great to see him play such a large part in the episode.

Watching Maggie’s physical decay due to pregnancy complications added a significant sense of urgency throughout the whole ordeal. Sure, she may have been playing the role of “the ticking clock,” but there was absolutely nothing wrong with it, I don’t believe. And I enjoyed the tension that was brought.

Especially when you take into consideration just how much importance has been placed on the character’s shoulders throughout the 16 episode season.

Throughout the course of this final showing of the season, Morgan’s arc was, at least, semi-completed. It was all done in a somewhat spontaneous but brilliant moment.

Along with Morgan, the audience was able to witness Carrol’s ever-changing, evolving character. Again, another nice touch.

But then, there was THE moment. The moment in which most fans of this universe have been anticipating. Negan was finally unveiled. Sure, the news of Negan’s casting was revealed months in advance. But few, if not a slim margin, of The Walking Dead‘s die hards knew just how much of an impact that character would make right out of the gate.

Jeffrey Dean Morgan spilled Negan’s heart out in a 10-or-so-minute-long monologue that was entirely captivating. The moment Negan was introduced to the audience via Steven Ogg’s character, and Negan spewed, “Have you pissed your pants?” There was a wild ride in store.

Jeffrey Dean Morgan’s monologue was, by far, the highlight of the entire ordeal. There is no question about it. It was the feather in the cap of what was a very spectacular “B-Run” of season seven. Through his words (I would say alone, however he was working with and reacting off of the entire cast kneeling in front of him), he was able to make this moment so powerful that it charged up this emotion inside most any Walking Dead fan.

But then it happens.

Negan ends his speech. And he has to choose one of the core group that must die. No one knows who that, now former, cast member may be. Outside of the writers on the show and the like, of course. But someone is dead. Amazing cliff hanger. And thus, insert outraged fans. Nonsensical twitter posts. Etcetera. Etcetera.

I can’t speak a kind word about these irate fans. I just can’t. I share nothing in common with them. Aside from the fact that we, apparently, like the same TV show.

I saw nothing wrong with The Walking Dead‘s season finale. Nothing. I wouldn’t say it was perfect. But there wasn’t anything about it that made me want to tweet angry words to Chris Hardwick. Nothing at all.

Thus, I’ll simply leave you with…

The Nerdiest Rambling Ever: My E-Wrestling Story Pt. 4

First They Came for Alex Jones…

One thought on “Walking Dead and Hanging Cliffs”