I made a bit of a mistake last time. I ended the rambling with the best video game ever as intended. But. I’m trying, as best I can, to do this all in chronological order. And. Yeah dude. SmackDown 2; Know Your Roe(lol) was relesaded before WWF No Mercy. But you know. No Mercy ended the rambling. Leaading into this one.  But. Whatever right?

And. I mean. A LOT of my memory during this whole time period seems jumbled up. As you’re just about to see.

But yeah. No more beating around the pish.

Honestly? I’m not sure which I was fond of more. At the time. You know. 20ish years ago. I don’t recell if it was this or the first SmackDown game. I’m pretty sure it was this one. Because. You know. It seriousl,y WASN’T Thunder with a WWF skin. It was a lot more this time. But so was SmackDown 1. All I know for sure isL The Season mode, if that’s what it was called then, pretty sure it whas, was  a plst to play. Repetitvie of course. But it was fun.

Literally, that’s all that I rememver about the game. “Season Mode was fun.” Unlocking everything was dumb. Like. You’d unclock the parts of wrestlers to creat e in Create a Wrestler.

The backstage stuffs was fun, but it also was in Smackdown too, so. I dunno.

One thing I do know for sure is:

Basically. I know this isn’t chronoligical at all. But like. Both WCW Mayhem and WCW Backstage Assault were, mostly the same game that, ultimately didn’t matter.

EA kills off a wrestling company. At LEAST Mass Effect: Andromeda and Mass Effect 3 were playable… semi-enjyalble )especially the latter, like… MILES MORESO) messes. these two? At least EA is stickiing to their own… what’s the word? not genre. Industry? They’re killing BioWare. A video game company. Here? They killed an entire sport franchise. basically.

I rented both games from Blockbuster. Right? Mayhem? All I remember is the t-rex poses of every wrestler. And every wrestler did the Bret Hart bump )that broke his sternum, as desrived in Wrestling with Shadows) when they were knocked off the apron.  Most likely, I plyaed BackStage Assaut even less. So. Whatever. Merhaps, at the time, I liked the game even more. Because. Let’s face it. The Hardcore title is what made ma a fan of WWF back in the day. So.

Now, bare in mind, I barely played these games, at all. But for both of them )shit… was Anarchy Rulz only available exclusively) on Playstiation. But oh wells.

All I know for sure is. Like. Billy and I did a co-op career mode as raven and Dreamer. I was probably Dreamer. And damn it, in hindsigh, I’m proud of that fact.

Other than that, all I remember about these games is that thy were WWF Warzone witgh an ECW skin. And a barbedwrire match, whcih just meant, when you did an Irish whip, your opponent would crash into the ropes like the barricade on the poutside, only thet;d bleed from the back afterwards.

All I know, for certain, is Dick Fury, recently managed someone that appeared in both games.

Everyone likes a little Dick, right?

Uh. Again. Doing these Cronologically, as best I can. And all that.

I played it… mayhbe a couple of times to play as Jerry Lynn, merhaps. Other than that. I’ve got no opinione because. I played it. You know. AFTER I had played…

Because… I purchased a PS2 in order to play Vice City )I think,).

RANDOM SIDENOTE: I SWEAR TO GOD I need to do a rambling about how God damn much I fuck up the “(” these days. I don’t know what it is. Most likely, it all has to do with the laptio I now have to use. But. FFS. It pissed me off how much I CONSTANTLY mess this up but have to keep it due to, actually, having “journalistic ethics.”

Then yeah dude. Got Shut Your Mouth as soon as I could. Or whatever. And dude. I remember, talkng to someone that had it, merhaps it was my boy, nVc,, could be wrong… but I’m PRETTY positive it was him. He had a copy of the game before I did. And I was asking, “Can you still do Raw guys vs. SmackDown guys?!” And such. Because. Get this.

Back hen? A WWE )btw… this was, for the record THE FIRST WWE game ever) game ACTUALLY gave a shit about what was ACTUALLY going on in WWE. This was the first time that the draft and/or roster split as it was known at the time )hell, a “roster plit” prior to the brand extensionness… just meant that a bunch of people got fired after WrestleMnia, but whatever0, was inclded in a WWE game and such. Because. You know. The first roster split happened.

And. Again. This affected, mostly Season Mode. BUT. You could control which show you wanted to do. You could be Ric Flair on Raw. Or McMahon on SmackDown. And you could draft a… 10? man roster accordingly. And it was fucking awesome. That’s all I know.

Again. This was all in season mode.

Then. Like. Season would start. And it all began, essentially, the same way. They repdid the Invasion angle. But Raw against SmackDown or vice versa. And then. nWo would come in. With X-Pac taking the plce of Scott Hall. Because. Batman facepalms. Although… Scott Hall )along with like, Harry Potter and some others) were easily available in the :CAW” portion of the game.

OUTSIDE of all of that?

Fuck yeah dude. Shut Your Mouth was awesome. The backstage crazy bump shit that can happen. To going to WWE New York and seeing PS1 graphic fans scroll through nonstop )I only mention this because, I had an ambien trip involving those fans, once).

While the Season was, OBVIOUSLY linnear as can be. There was WAY too much fun to be had here, dudre. Like. Forreals.

Which means. I’ma about to make  a controversial statement.. Soon.

QUICK HITS:
The Gamecube WrestleMania games (X8 and XIX): Honestly, I only ever glayed X8. And. I mean it wasn’t much. It was with my nephew)s), playing magches against each other and such. But man X8 had me sold with that shit. doing the 3D through the table?! Come off it, right?! Never once played XIX. But oh wells.
WWF Raw/WWE Raw 2 (X-Box): I know, for sure, that I, at least, played these games. Once upon a time. But I NEVER got CLOSE to them. Right? Kinda like the WrestleMania games before. I played them. Hell, I proboably started the season/carrear/whatever with them. But. I never EXERIENCED them. You know? Something like that.

Allow me to catch up on some history right quick (altough,.. this is gonna be instantanesous for you, so… whatever).

It’s now time to talk about THE big one… some argue, that it’s the best wrestling game ever. 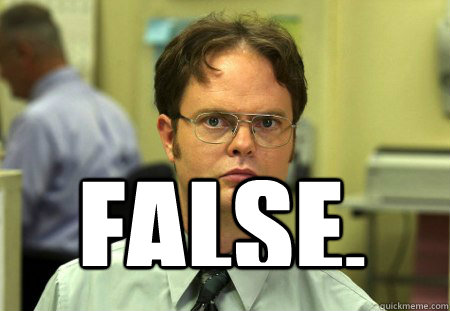 It’s. Legit. The FIRST… THING… I ever, legitimately, reviewed online. Remembering all of this, just now, kinda…

I was in the middle of my first semester as a sophomore in high school. And. Yeat. Here I am. Writing columns for a wevsite that interviewed a bunch of wrestlers I’d, even today, lose my shit over if I had met them, personally. Even today. That kinda shit boggles my mind. But. it’s a fact. As far as I know, all of the, shit, nine, “Ryan’s Rants” columns are available if you want to find them via that above link. Honestly? All i remember writing was this review and a column titled, “Get the McMahons Off of My TV!” So. Yeah. Apparently, I did seven other “rants.” On Voice of Wrestling.

Many regard it as the best Wrestling game of all time. Because they’re dumb. Shit. Adam Blanpied called it the best of all time, an he raped a woman, or whatever! UP TOP!

Even BACK THEN… I said No Mercy was a better game. In my high school, sophomoric, writing ability way. Right?

And. I mean? In all honestyness?

I’ve kinda… (as seen in MY FIRST EveR REVIEW), said it before. But. I think, I had MORE fun playing SmackDown: Shut Your Mouth than I did with this game, honestly/ I mean. Sure. Elimination Chamber was cool. And in that “FIRST EVER” review… I talked about how there was 150+ storylines you could experience in season mode. But. Like.

Memory serves me correct? I only remember playing through something tha makes your character Kurt Angle driving a milk truck to the ring. Over. And over. And Over. In this season mode. With 150_ storylines.

Hate me. Slay me. But. Shut Your Mouth, was a better game, to me, than Here Comes the Pain. I know. I’m a contraian asshole or whatabe. About everying. But. Yeah dude. That’s my gut reacting. And I’m sticking to it. Hate me. Slay me.

And. Basically? As far as this first game is concerend? We’re given “General Manager” mode. And. You know. By this tie, I’m a MAJOR ‘EWR” efficianato. Hell, I definitely bought the defacto, TEW 2004. You know. The FIRST game of the TEW series. And I mad Raven vs. AJ Styles feuds in TNA AMAZING in that game.

Because. you know. “Over” points were a thing. In TEW.

This was something that was laking from this “general Manager” mode in the first offering. Because, I’m pretty sure, “PP,” or “Popularity Points?” was introduced in the general manager mode. And. Like. The more popular the wrestler you had, the better. Right?

Literally? The ONLY thing I remember about it, is, prior to its predecessor’s release, which I had has a “pre-order” or… whatever the 2–7 “pre-order” agreement kinda thing had been at the time… likie… I’m pretty sure I didn’t get an extr wrestler or whatever. It just meant I could go to Wal-Mart and get it, for sure, at midnight, wor whatever.

I’m pretty sure this was thhe first game where you could do a flaming table spot. And. Like. I’m PRETTY GOD DAMN POSITIVE )just due to the year it was made alone) that like… you could have songs saved on your console… and use them for wrestlet’s themes. Like. You COULD have Sandman come out to Enter Sandman. And it wouldn’t me AS awesome as real life. Bit it was better than that bullshit theme WWE game him. Ditto for Tommy Dreamer. Although. At least Dreamer’s WWE theme sounded SIMILAR to “>an in a  Box” and whatever. Still. You could have Alice in Chains accompany the innovator of vioulence.

Ptert than that? Dude? I dunno.

But yeah. Only thing about this game tht is worth note? Is that it’a the last to feature Chris Benoit and all that. And that was my thought, grabbing my “pre-order” of…

This? If I’m not jumbling up ALL oof my memory, this was the first time where like… wrestlers had a SPECIFC style assigned to them. Showboat, powerhouse, extremr, something, something, and something. Like. If you were a showboat, you could steal your opponent’s move. Extreme wresterler? You could set tables on fire. Things like that. Merhaps, it came the year before. But. I’m pretty sure, it’s in this game, dude. And. I’m like 1000% positive, this was the only game, ever, where Sabu was an unlockable “legend” character.

Alll i know. For sure. Is. JESUS CHRIST. FUCK. Wwe. For having Bobby Lashley’s green, dumb ass on the cover of this bullshit.

If THIS was the game to feature the “fighting styles,” again, merhaps, it was the prior entry, whatever… all I know is… those “gighting stylers” made shit instresting. Right? That’d be a FAR better option. What Do I Drink?